We live in a world of constant change. Our ability to create the future is happening in increasingly shorter intervals, which means we must continually adapt. We express adaptability through who we are, what we do and what types of jobs we have.

As the traditional higher education system is being redefined by both private online universities and the addition of new-collar jobs (roles that are emerging and traditional education does not teach yet), people are turning to hybrid degrees where they mix and match courses from several disciplines together. Coupled with changes to traditional degree programs is the demand for life-long certificate-based executive and continuing education

The permanence of dynamic markets and creation of new types of industries have created a battle for employee talent. People are now changing their careers more frequently, which means that their degrees and work histories are becoming increasingly detached from their vocations. LinkedIn executive Ed Surge commented that people will likely change careers around 15 times throughout their lives. (1)

My career embodies these changes. Some of my shifts were by design, as an elevation in an existing role in the same industry. Other shifts were unexpected and was a shift in role in a different industry. While I have always focused on adapting design and human-centered skills in design firms, my career expanded into stints at management consultancies and large corporations. As a result, I am a square peg in a world full of round holes. I initially thought the person-job mismatch was my fault. However, after doing some networking and personal exploration, I came to realize that my story is not so different from the rest of the employment market. If you peruse LinkedIn, what you may notice is how non-linear many resumes are becoming.

I have also continued to teach at the Illinois Institute of Technology’s Institute of Design (ID). A number of students who enter ID’s graduate programs embody a diversity of degrees, work experiences, and skills. In my course of 14 students, I counted on average nine different degree areas, over two dozen different job titles, and at least three dozen different industry sectors. One would think it would be impossible to teach a course with this much diversity, but the opposite is true. These students have adapted to ever-shifting labor markets and have continuously repositioned themselves for greater employability.

Outside and inside academia, I often meet people who refer to themselves as entrepreneurs. The definition of an entrepreneur is a person who operates a business and takes on increased risk for increased return. The people I talk to have full-time jobs yet identify more with being an entrepreneur than with their current employment. This self-identification is a shift from people who used to work at companies for long periods of time to ones who are either consulting on their own, or are part of the gig economy by doing it outside their current employment.

There is a new term that describes someone who embodies these issues: hybrid professionals. People are now diversifying their skills and experiences, which allow them to connect the dots in novel ways. Job descriptions are also becoming hybrid. According to the Huffington Post “Hybrid jobs are taking the workforce by storm – mixing equal parts traditional business knowledge, like management or relationship building, with equal parts in-demand and in-the-moment new age skills, like data analytics or coding.” (2)

There has been an interesting precedent to hybrid professionals in both law and business. Both have long-standing stable knowledge bases that draw from centuries of practice. Many new business and law graduates now use their degrees as a foundation to take roles in other industries and merge their concrete knowledge and abstract it with new sector knowledge, which is an act of hybridization.

As more jobs assume a level of hybridity, the ability to collaborate and communicate between cross-functional teams is quickly becoming a requirement. This will also require employees to link their intrinsic motivations to overcome extrinsic organizational barriers that get in the way of doing good work. Depending on the project and goal, a single person can throttle their technical and soft skills and life experiences to meet the challenge and the team members who also are throttling. The diversity of knowledge will lead to new ways to understand and address problems.

The key is the organizational context of a role which will rearrange hybrid skills and experiences to meet the challenges at that particular organizational moment. So one’s identity and role are now both mutually exclusive and mutually beneficial. In the recent issue of Scandinavian Journal of Management, Stephen Sirris noted that, “Role is an external attribute linked to positions in the social structure, whereas identity denotes internal perceptions of the self, consisting of internalized meanings and expectations associated with a role.” He goes on to state that professional identity is more about socialization over time, and may be why people first associate with terms like entrepreneur vs. a specific role title. (4)

The elephant in the room is the future of expertise and craft. Traditional degree curricula that are based on long-standing knowledge norms are no longer relevant in today’s world. Consequently, hybrid professionals are quickly becoming the rule instead of the exception. This trend will not only create knowledge turbulence but also new types of value across industries and allow for greater social, political and economic innovations.

The single most important trait for a successful hybrid professional is the desire to learn continuously from project to project, job to job and vocation to vocation. Curiosity decreases stress and increases the willingness to relate new knowledge to existing knowledge. This will allow individuals to shift gears, become more adaptable, and be willing to pivot as new information and results happen in real-time.

In a world of more hybrid professionals, this trend will impact career pathing, evaluations, and training options – all of which are still based on static role-based descriptions. In total these factors if not modified will affect career advancement and if an employee can – or is willing to stay at a company. 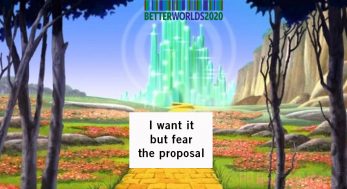 Better Worlds? Yes, but not the unified future we may be thinking of.

A virtual collaboration crash course in the age of pandemics 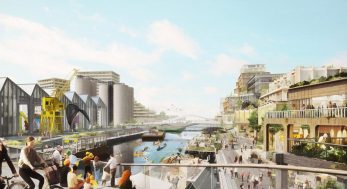