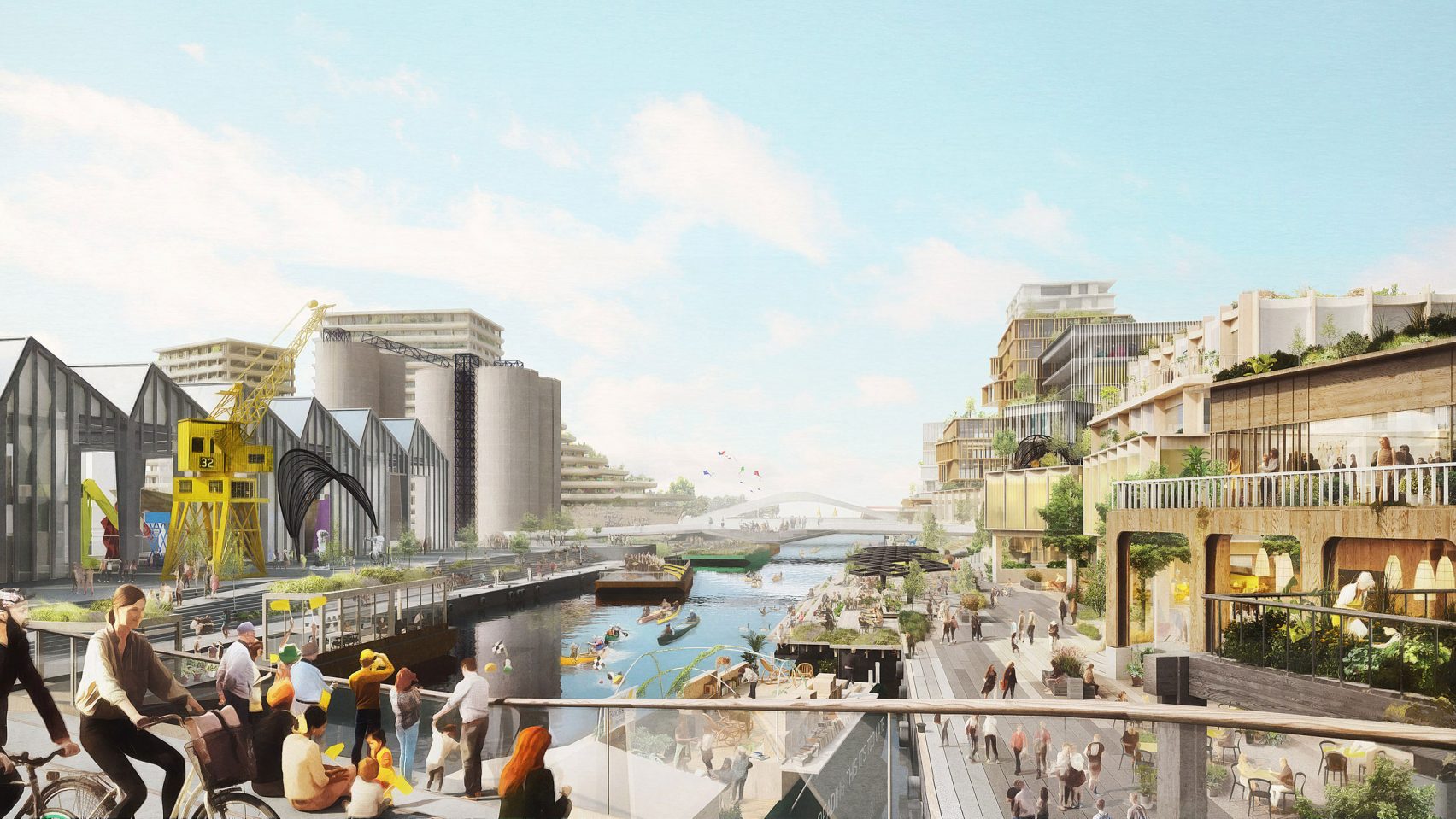 Alphabet, the Google parent company has committed to creating a futuristic 500 acre city in Toronto Canada. SidewalkLabs is envisioning this parcel of land along Toronto’s Quayside waterfront as a smart neighborhood that is ubiquitously instrumented mixed-use urban neighbourhood, complete with automatic vehicle systems, climate controls, robots, curbless street design, wayfinding beacons, heated pavements and accessible ride-hail vehicles. Toronto Tomorrow: A New Approach for Inclusive Growth describes a 90,000 resident neighborhood that will have 40% of apartments offered at below-market rates and 20% affordable housing and in total will generate 89 per cent fewer greenhouse gas emissions per capita than downtown Toronto at full scale.

“This proposal aims to do something extraordinary on Toronto’s eastern waterfront: create the neighbourhood of the future in the right kind of way, with people at its centre, and with cutting edge-technology and forward-thinking urban design combining to achieve ambitious improvements in the urban environment and in the way we all live.”
Dan Doctoroff, Sidewalk Labs CEO

The original plan was unveiled in October 2017 and has gone through several iterations using a Master Innovation and Development Plan (MIDP) which involved more that 21,000 Torontonians to comment on it. The $1.3 billion development is estimated to bolster the local economy by providing and estimated 44,000 jobs and $4.3 billion in annual tax revenues.

Re-envisioning cities is nothing new. Georges-Eugene Haussmann‘s 1853 plan for rehabilitating Paris, Daniel Burnham‘ 1909 Plan of Chicago, and Norman Bel Geddes Futurama for the 1939 Worlds Fair in New York (based on an Shell Oil advertising campaign in 1937) all either were rehabilitating cities through massive redesign, or proposing something totally new. So, SidewalkLabs proposal is much smaller in scale, but could have much larger impact as it could be cloned in many urban centers around the world. Consider Toronto’s Quayside waterfront as a city development as a service model.

Urban planning and design is a macroeconomic activity that has broad social, political and economic expressions and consequences. Many stakeholders are involved, each with their own agenda. So, Alphabet is working with Waterfront Toronto, which wants to revitalize the 800-acre site. Adaptability is critical to this plan and through “ubiquitous sensing” everything will be interlinked and adaptable to provide conveniences that today would be difficult to implement.

“One is around thinking about a highly flexible built environment that can be changed very quickly to accommodate new uses. It should lower the overall cost because if you can drive up utilisation, you can lower the cost of each given use.”
Rohit Aggrawal, Sidewalk Labs

Given the high visibility of this project, the intentions and discussions have been shifting as this is setting up new precedent in financing, infrastructure, and data collection. Since everything is instrumented and with people using their smart phones and additional IoT devices, the development will be generating large amounts of data in motion. The City of Toronto and Alphabet agreed to create an independent, government-sanctioned Urban Data Trust to oversee the collection of informatio. Data will be de-identified and adhere to Privacy by Design principles so that it is not it from being used for advertising or shared with Alphabet companies.

This has become a key issue where the Atlantic had a story in which Ann Cavoukian, Privacy by Design Center for Excellence, at Ryerson University stated that this data “is a treasure trove . . . They want the identifiable data because then you can send all types of ads. Once people’s interests and comings and goings are [tracked], it would be a nightmare.”

The city has been trying to facilitate discussions with local groups but given that Google’s main purpose is as a data-centric company, there are questions of trust. Saadia Muzaffar, the founder of TechGirls Canada stated about these discussions “[Google] make it feel as though it’s so complex [that] people won’t understand [data], when you can actually break it down. I think it’s really unfair to try and consult with the public on something they don’t understand.”

Alyssa Harvey Dawson, Head of Data Governance at SidewalkLabs posted an “An Update on Data Governance for Sidewalk Toronto” on Medium. Overall her post sounds very reasonable, but unfortunately the proposed framework has blindspots

This gets to the heart of the matter, what is privacy and who owns the data. Data trusts are an important idea, but there is no real prescient to them. So municipalities and private companies will be learning as they go, which could have many unintended consequences. Since North America does not have the equivalent of Europe’s General Data Protection Regulation (GDPR) which defines Integrity and confidentiality, fairness and transparency, accuracy, storage limitation, purpose limitation, data minimization, and accountability – the devil is in the details. Since there is no shared language around data in North America, defining broad principles are not enough, as there are so many questions and details that need answers that SidewalkLabs cannot – or will not answer.

” . . . significant power to collect funds that should be assisting Toronto’s public policy, local infrastructure and urban planning. According to the presentation, Sidewalk Labs intends to generate revenue off of an additional 350 acres of waterfront property known as the Port Lands through the anticipated increase in land value and tax revenue once developers build there, and through the company’s efforts to finance transportation and both vertical and horizontal development, according to the slides.”

Developers want many things in order to take on a large project : access to public financing, reduce regulations or have exceptions to policies that would lengthen a project or make it more expensive, and the ability to expand a project to neighboring parcels to reduce overall long-term costs of development. The City of Toronto has not responded favorably to the leaking of this report and said that a significant expansion of this neighborhood is out of the question (for now).

This development is benefitting from a human-centered approach to the structure, expression, materiality and adaptability of this new development. Merging the physical and digital worlds is happening, but not in a comprehensive and coordinated way. Toronto’s Quayside provides a test case for benefitting from a plan and should proceed. As the development is created, there will be key learnings that will modify the plan as well as expectations and knowledge of implementation. There should be a change management group that monitors implementation and works with all stakeholders to understand what actually is happening in relation to the plan and to be candid with everyone new types of behaviors and attitudes we will need to have to deal with smart cities.

Published by Adam Kallish
12 months ago 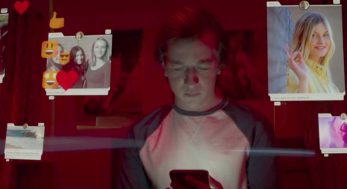 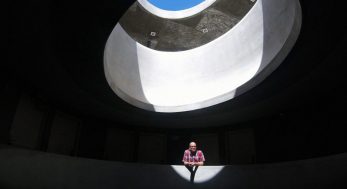 Museums as products of the mind : An interview with Tanner Woodford

A virtual collaboration crash course in the age of pandemics