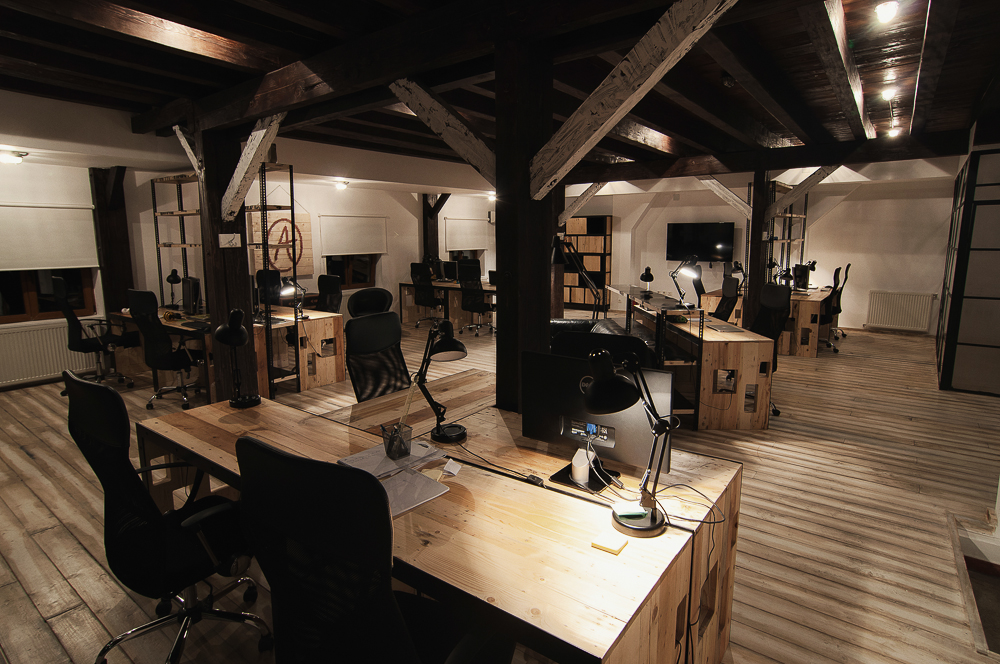 There was a recent story on National Public Radio highlighting the increase in independent workers and their desire to find just-in-time workspaces. Now there is a trend for curated co-working – or vetting independent workers with an eye to create a collaborative culture where a diversity of skills could create new collaborations – and new value.

SInce the economy has accepted the increase in perm-temps and temporary workers to augment full-time capacity – four trends have accelerated this move to independent workers:

• increased efficiencies in business and automation has required less workers that can create more output;
• distribution of powerful digital technologies and SAAS/PAAS platforms allows individuals to have access to the same infrastructure as larger businesses;
• the proliferation of broadband networks allows access to these platforms through a number of digital devices;
• the rise of temporary workspaces, both official like Regus, and unofficial like coffee shops

When I committed myself to embrace mobile technologies in the 1990’s, laptops were still curiosities and there were many challenges to be effective since laptops were closed systems using software and basic e-mail tools that only worked if you could find a LAN line to have connectivity to servers.
As internet technologies proliferated, I began to use primitive groupware systems to post files and get information. These systems were expensive and only large companies had these systems. The behaviors were not in place to support these systems and they were difficult to use.

Finding temporary workspaces was also challenging. The definition of temporary also has shifted, Traditional workspaces were expected to have enclosed personal workspaces with walls, phone, lighting and a printer with access to the internet.  I remember when Laptop Lane (subsequently purchased by Regus) was first created at airports and how well thought out they were at the time with a concierge service. They contained about five individual enclosed workstations and a small store for supplies.

When I was in London on business, the company I worked for used Regus for temporary workspace. Regus was created by Mark Dixon in 1989 who noticed the lack of office space for business travelers who had to work from hotel rooms. He identified a need for office space that was maintained, staffed, and available for companies to use on a flexible basis. The Regus in London was at an upscale address, had a shared receptionist, she would answer the phone with your business name, great conference rooms and access to teleconference technologies.

With the dot.com crash and subsequent economic downturns, companies have laid off millions of people but continued to use a small cross-section as independent contractors. Using independent contractors instead of employees can significantly reduce an organization’s labor costs. As these independent workers transformed from an anomaly to a critical mass – 42 million independent workers who make up 30% of the workforce. The convergence of cloud computing, broadband networks and a shift in expectation from formalized workspaces to working anywhere.

If you go into any Panera or Starbucks, many of the people during the day are actually working while sipping their lattes and there may even be meetings going on at the larger tables. Behaviors have shifted where people are willing to work in mixed environments such as coffee shops, libraries, and other public spaces to do private work. For those that want to have a home away from home in terms of work, there are many temporary workspace portals. Campbell McKellar runs Loosecubes, an online listings agent for more than 1,800 co-working sites worldwide. Many of them are just offices with empty desks to fill.

One of the key challenges of independent workers is a lack of community and camaraderie that was often found at full-time organizations. Humans are social creatures and a lack of daily contact with people like yourself can lead to stress and alienation. At a recent Chicago Humanities Festival discussion on the future of books. Anthony Grafton discussed the historical dissemination of knowledge in coffee shops and other public spaces. He called these areas “trading zones” that brought people together to create new languages and experiences by the contact of a diversity of people.

The trend of curated co-working is a natural next step in work spaces by emphasizing chemistry and experience trading zones. These environments work as an incubator for independent workers to interact and find new value through discussions and collaborations. Benjamin Dyett, a co-founder of Grind, a New York City curated work environment and the company’s chief gatekeeper stated that curated co-working is not to be  . . . elitist and exclusive,” but rather “It is to create a strong, cohesive community.

Daniel Pink in his book A Whole New Mind : Moving from the Information Age to the Conceptual Age ) discussed the move from “a society of knowledge workers to creators and empathizers, of pattern recognizers and meaning makers” (page 50). High touch is the new expectation where human interaction and the subtleties of the purpose of meaning is what curated co-working addresses. It is not enough to find a place to do your work as a space with physical objects, but as a place where human interactions can help you create deeper value to the work you produce.

What is Old is New Again

Thinking with Your Gut